Indeed, it is a fact that the balance parameters influence the weighing result. However, the credit for that does not go to them exclusively. Of crucial importance are also the conditions at the workstation, namely weighing instrument location, cubic capacity of the workroom, temperature, humidity, air drafts, and light, as well as electromagnetic compatibility.

Inappropriate Conditions in the Workroom

If there are vibrations or quakes in the workroom, then it is necessary to eliminate them by placing the balance on a convenient base, for example on an anti-vibration table. Additionally, it is a must to get rid of magnetic components, which may disturb the weighing process, and static electricity, since it significantly influences the accuracy of mass measurement. The weighing workstation cannot be exposed to air drafts, and the power supply system must be neither unstable nor unprotected against disturbances. 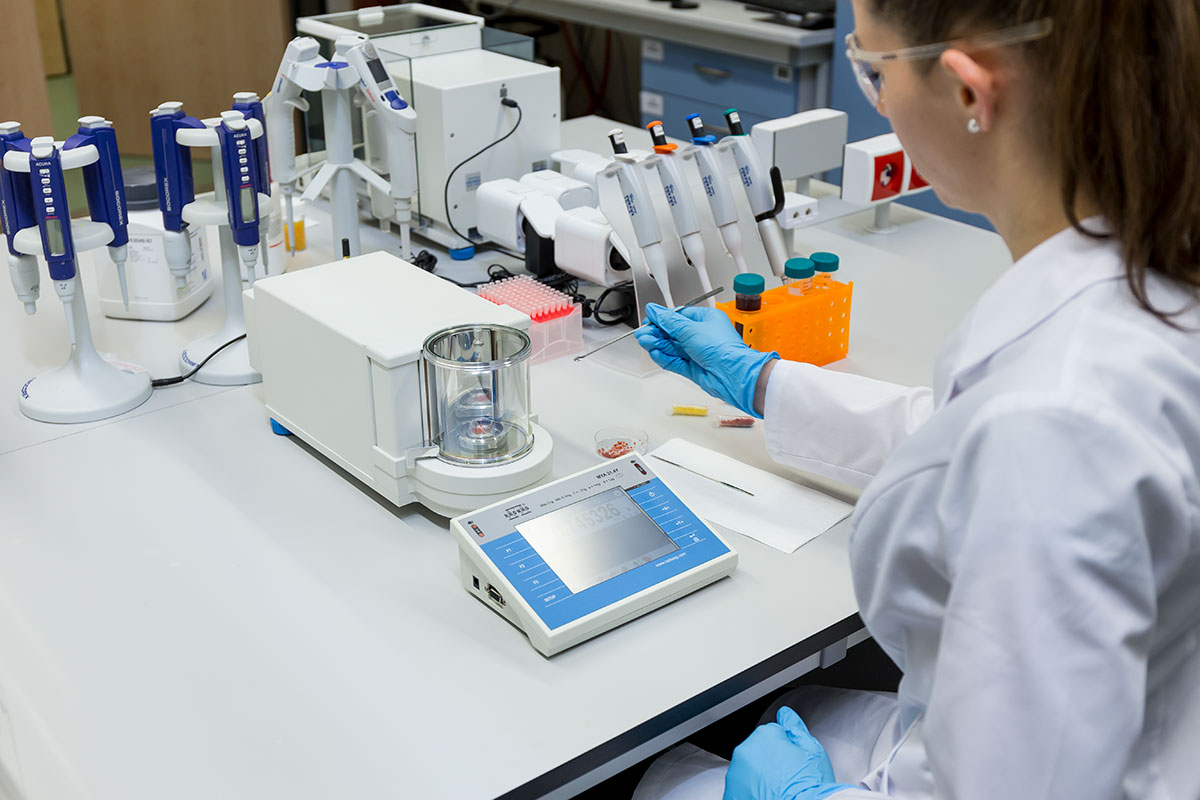 2. Inappropriate Cubic Capacity of the Workroom

Factors such as cubic capacity and the number of people staying inside the workroom at the same time influence the thermal stabilisation of the facility.

The workroom shall not be too small since people staying inside will cause a rise in heat, which as a result will bring about the dynamic temperature error. Besides, maintaining a stable temperature in such a room requires the air conditioning to run in an ongoing manner. This, first of all, generates air drafts and, second of all is costly.

3. Inappropriate Temperature in the Weighing Room

The temperature in the workroom where weighing is realised must be stable within the range specified in the user manual. The temperature is considered stable if it does not vary more than 0.5 °C per hour.

4. Inappropriate Humidity in the Weighing Room

The optimum value of humidity in a weighing room ranges between 40-60%. Too high humidity may negatively influence the comfort of operation, it may also result in absorption of moisture by the analysed samples. On the other hand, too low humidity may pose the risk of electrostatic charges occurrence. They might disturb measurement accuracy and weighing device stability.

5. Air Drafts in the Workroom

Air drafts are a cause of unstable indications and longer weighing time. With regard to this, the weighing instrument cannot be placed near doors, windows, air conditioning, fans, traffic routes and devices that generate air drafts.

Image 2. Interconnecting room – too much space, too many people, potential air drafts, problems with maintaining stable temperature and humidity.

6. Inappropriate Light in the Workroom

It is necessary to avoid placing balances in the vicinity of windows and other sources of light, since the temperature the light generates may disturb the measurement.

The lack of electromagnetic compatibility leads to interfered operation of devices working in the same room.

The user has no influence on the compatibility of used instruments, he/she must rely on the manufacturer’s declarations.

In the case of verified balances, declaring conformity regarding the EMC with EN 45501 standard is not enough, it covers balance resistance test only and does not involve emission tests. Therefore, extra tests proving balance compatibility with, for example, PN-EN 61326-1 standard, are required.

Image 3. There is no gap between the table and the worktop.

Interested to know more about the company/product or information, fill up the form below :
TagsRadwag Weighing Room

RADWAG – Why Is the New Kilogram Better? On the Revolution in the International SI System of Units and the Redefinition of the Mass Standard.

How do you understand the concept of balance eccentricity? – RADWAG
Steps for Choosing a Lab Scale – Hindustan Scale