Load cell cables typically have four or six wires. Both versions have positive and negative signal and excitation lines, though a six-wire cable also has positive and negative sense lines. Sense lines are linked to the sense connections of the system’s indicator, sometimes through a junction box, allowing the indicator to sense a load cell’s actual voltage.

If there is a voltage drop between the indicator and load cell, the sense lines send that information to the indicator, which automatically adjusts voltage. This compensates for the loss of voltage or amplifies the return signal to compensate for loss of power to the load cell.

Load cell wires are color coded to help ensure proper connections. Different brands use different color codes, which is why there are load cell wiring guides available for technicians to use during installations.

Load cell trimming is sometimes called load cell summing because it involves tying or summing multiple load cell output signals together. This happens in a junction box, also known as a summing box, which sends one system signal to the indicator.

It’s necessary to trim load cells in a multi-cell system when the weight distribution to each load cell isn’t equal. For example, in vessel loading processes, the presence of agitators or the type of material, such as powder, can affect how material and weight are distributed to each load cell. Additionally, it’s nearly impossible to make every load cell exactly alike. Tolerances in the manufacturing process allow for some variation in individual load cell specifications, which, if trimming isn’t applied, doesn’t allow for the accuracy necessary for most applications.

There are two different types of load cell trimming that scale technicians rely on when installing multi-cell weighing systems.

Signal trimming is the most common and popular type of trimming because it is the easiest to use. Signal trimming is compatible with nearly all indicators and is relatively unaffected by temperature changes or excessive system vibrations. It involves adding a relatively high parallel resistance between the signal of each load cell, which creates a leakage path that diverts some of the available load cell signal away from the indicator. More load cell signal will be available to the indicator as parallel resistance increases. 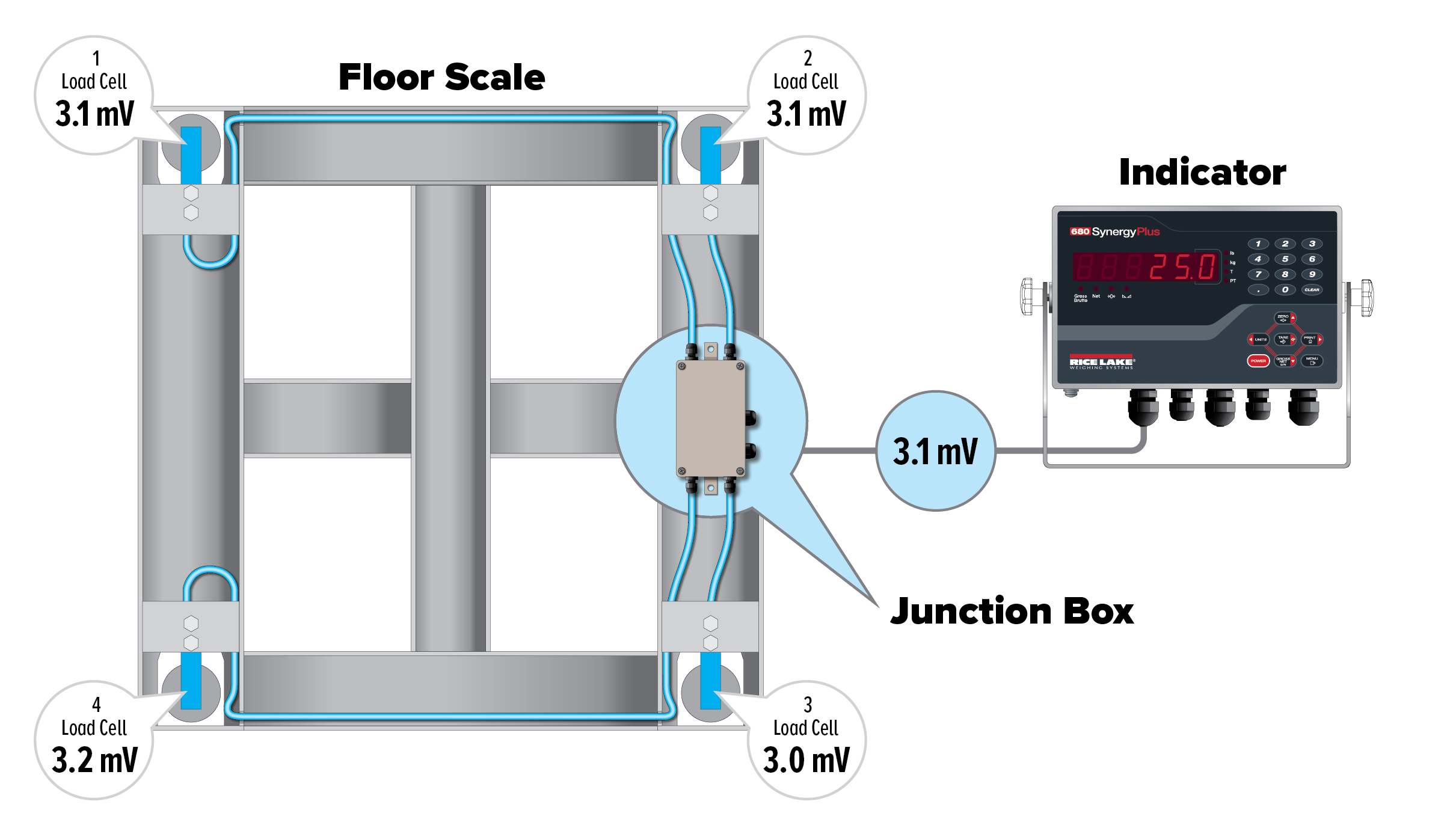 Rice Lake Weighing Systems is a family-owned, ISO 9001:2015 certified corporation, and has been manufacturing and distributing weight-related products and supplies since 1946.

Pack Tools integrates Zemic load cells in their XTE-motion®
Legal metrology: For a world where we can trust the weighing result